2 Mistakes That Are Costing You Time and Ruining Your Reputation 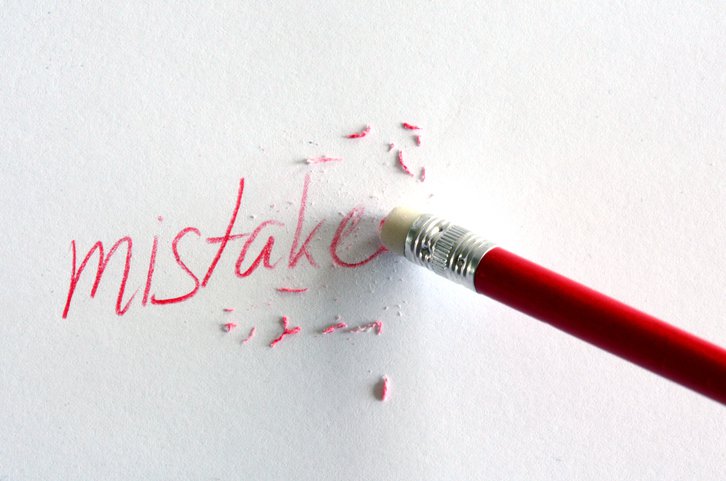 Drafting patent applications js tedious work that relies on many edits and reviews. If you are like most patent practitioners, at the beginning of your career you likely had your drafts sent back with red line markups that really killed your spirit. And, if you are human, even after revising a given draft, you more than likely may have continued to include some minor errors such as numbering errors, inconsistent terminology, perhaps even lack of literal support for your claims in your specification.

The worst part about most of these errors is that they are so simple to fix. And because they are easy to fix, it really looks bad when they aren't. Aside from how much more time it takes you to review and revise a draft filled with errors, the relationship you have with the reviewing attorney or client can really be damaged by things that are quite simple to understand and to fix. That being said, it may be that the easier the fix, the easier it is to overlook them. A practitioner may just assume that they numbered everything correctly and read right through any errors when they are making their final pass.

Learning how to systematically remove these errors is the hallmark of maturing from a newbie to someone that is trusted to create quality work product every time. Let's take a look at these common errors, and how automation can help in your practice by reducing these errors, and increasing your consistency and quality.

First, let's discuss numbering errors. These are some of the easiest errors to correct, but some of the hardest to remove entirely.

A numbering error is simple. You have labeled "a first element" with the numbering "202." Simple enough. Later on, you might accidentally label it "the first element 204". This is an obvious problem for consistency as well as clarity. Is the "first element" supposed to be "202" or "204"? Perhaps you have many elements and it is getting confusing to keep the numbering straight. Or, often enough, this is just a typo that you glossed over. Even after numerous reviews, you didn't see it. The reason for this is once you've put hours into your draft, numbering errors are the least of your concern as you may be focused on whether there is enough technical accuracy or whether the language is even readable. Or, the numbering may be recited so frequently that you can start to overlook any inconsistency.

Therefore, while this issue is an easy one to correct, this little detail can also easily be overlooked. For a person reviewing your application, these errors can be unacceptable. A client reviewing the draft may see this sort of error and ask why they are paying their attorney/agent to draft this application at hundreds of dollars an hour when they can't even catch mistakes like this!

We've all been there, either as the drafter or as the reviewer. But as a reviewer, nothing is more frustrating than to see these types of mistakes over and over again, especially from the same practitioner, and especially if it is the same draft reviewed multiple times.

How can automation help?

With automation, this issue should be 100% eliminated, at least with the content generated by systems like Patent Theory. The Patent Theory automation tool should never introduce the wrong number for a given element. Why? Well, because it is programmed to do it correctly. Taking the example above, the "first element 202", if generated by the Patent Theory tool will be associated with both the related figure as well as any text wherein that "first element 202" is discussed. Because of this predetermined association, your drafts will simply include fewer errors of this sort. You can count on automation by Patent Theory to do what it is programmed to do, and that doesn't include errors like this.

What is this? Consistent terminology refers to the concept of using the same word or phrase to identify the same element throughout your draft. What does this look like?

You may be wondering, how important is this? As stated above, there may be differing opinions on how much straying is acceptable, but if you can simply remove the issue altogether, you will have less revisions and questions about your draft when it comes to submit it for review.

How can automation help?

In similar way, as discussed above, automated content should be 100% free of any issues like this. The Patent Theory system will automatically use the same wording throughout the draft whenever it is indicated to be used. Further, if you'd like to provide definition statements like the one suggested above, you can do so by submitting the definition in a claim that you don't intend on filing, but that will provide literal support for various items such as this. For example, you could write a claim 22 that states "The method of claim 1, wherein the first element comprises one or more of a pin, a cotter pin, and a first cotter pin." While you may or may not want to file this claim as it could be less valuable, doing this sort of preloaded work upfront can very round out your draft in many aspects. There will be literal support provided where you need it in the specification for whatever you insert into the input claims. So, be creative! Automation is a great way to get mileage out of doing this sort of outlining for various embodiments of the invention.

You are paid to do intellectual work, but reviewing your drafts for these sorts of small mistakes can be uber tedious and mind-numbing. Why do that to yourself? While automation won't take over the intellectual work that must be done to create great claims, to add invention specific nuances throughout the draft, etc., it can be used to create a great first draft with no errors of this sort. Take the leap and start auto-drafting today.

Check out some of the other blog posts for more details on how automation with Patent Theory can work for you!

How Much Time Can You Really Save Using Automation?

Automation may seem like something you can easily do manually, but can you save enough time to make this worthwhile?

What is the theory behind automation for patent drafting, and how can you make it work for you?

Patent Theory is always improving the algorithm. However, the following are some tips related to getting the most out of the system now.